“We all know that fashion has its cycles. In fact this summer we are going to see the  80s coming back in style, with their high-waist pants and short tops. While high-waist pants suit almost everyone, many can’t see themselves on a 80s-style short top. In this case though, it’s not something designed to fit only the youngest as much as something creative and fashionable that can be worn by women of any age.  The slimmer ones could dare to wear it with a pair of jeans or shorts, whereas those of you who (just like myself!) can’t – or won’t – afford so much can still enjoy this cropped top, wearing it on top of a tank top, with a pair of high-waist jeans or a skirt or with some high-waist or empire-waist casual dress.
The triangle pattern of the bottom strip creates a lighter effect without being too out there. The triangle, being the simplest of polygons, has assumed several religious, historical and esoteric values over the centuries. It’s often linked to ideas such as harmony and proportion, representing a symbol of the relationship between mankind and the gods. In ancient Egypt, where geometrical shapes where first studied and geometry was actually invented,  the triangle represented the beauty of the gods, it was even attributed miraculous healing powers and its shape came to impersonate the god Ammon.
Now, if I was able to make a connection between the 80s and an ancient Egyptian god, you can definitely wear a cropped top even if your belly isn’t perfectly flat, right?!” (English translation by Giulia Brazzale)

This crop top is crocheted with a eco-friendly cotton yarn: E-co by Borgo de ‘Pazzi.

As in recent months, even for June the patterns for free download, thanks to Cowdkntting, are two. With me there is a beautiful 70’s style beach bag. This project is  knitted with cotton and linen yarn and designed by Annalisa Dione (Collettivo Maglia 198). 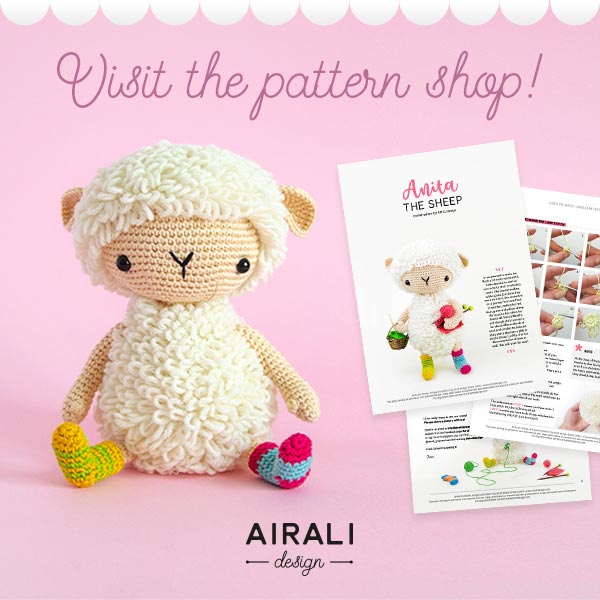 This website or its third-party tools use cookies, which are necessary for its functioning and required to achieve the purposes illustrated in the cookie policy. You accept the use of cookies by closing or dismissing this notice, by scrolling this page, by clicking a link or button or by continuing to browse otherwise. For more information visit the cookie policy page. OK